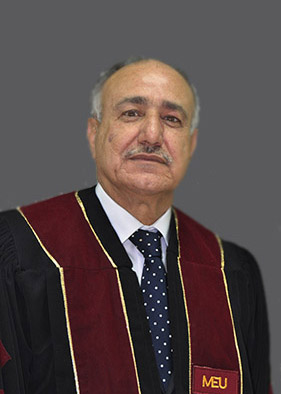 Through a journey that lasted four years and since its introduction as one of the Faculty of Arts and Sciences departments during the academic year 2008/2009, the Department of Graphic Design, which becomes part of the Faculty of Architecture and Design in the academic year the 2010/2011, is dedicated to accomplish many scientific and academic ambitions and advancements to reach the excellence that is the goal of Middle East University and its faculties as a whole. It is the goal of the department to become one of the best departments in the Kingdom with emphasis on the preparation of talented graphic designers in fields of printed visuals and modern animation methods in journalism and advertisement who are knowledgeable the most recent and modern technologies and methods of programming related to the specialization.

It is the mission statement of the department to prepare and educate students in various graphic design fields and visual aids such as magazines, newspapers, books and covers, in addition to animation and advertisement campaigns to achieve plaed goals to serve the community. You may drop us a note, to know how we can better serve your needs.